Written By Mary Chase
​Directed By Kathy Paladino
​
Harvey is the story of a perfect gentleman, Elwood P. Dowd, and his best friend, Harvey -- a pooka (an Irish spirit, mischievous but not malevolent), who is a six-foot tall, invisible rabbit. The halarity begins when Elwood begins introducing Harvey to guests at his sister Veta’s society luncheon. Horrified that the embarrassing family secret is now exposed, Veta decides to have Elwood committed to a sanitarium, but a mistake is made when Veta is committed rather than Elwood. Mary Chase’s Pulitzer Prize-winning comedy that has everyone questioning what exactly is real, and who is really crazy?
Feb 21 - March 15
THE FULL MONTY 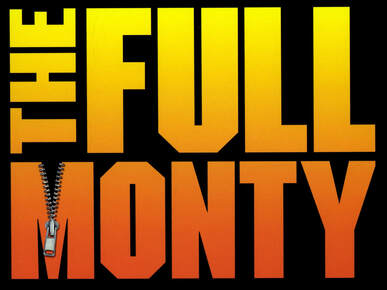 Book by Terrence McNally • Music and Lyrics by David YazbekBased on the motion picture, released by Fox Searchlight Pictures, written by Simon Beaufoy, produced by Uberto Pasolini and directed by Peter Cattaneoe.
​Directed By David Blair
​
While spying on their wives at a "Girls' Night Out," a group of unemployed steelworkers from Buffalo sees how much they enjoy watching male strippers. Jealous, out of work and feeling emasculated, the men come up with a bold and unclothed way to make some quick cash. In preparing, they find themselves extremely exposed; not merely physically but emotionally. As they conquer their fears, self-consciousness and prejudices, the men come to discover that they're stronger as a group, and the strength that they find in each other gives them the individual courage to "let it go."
The Full Monty is a story full of heart. Right to the end, audiences will be wondering if these lovable misfits will really pull it off. With a raucous mix of razor-sharp humor and toe-tapping pizzazz, this heartwarming, upbeat comedy is a big hit!
Audition Information